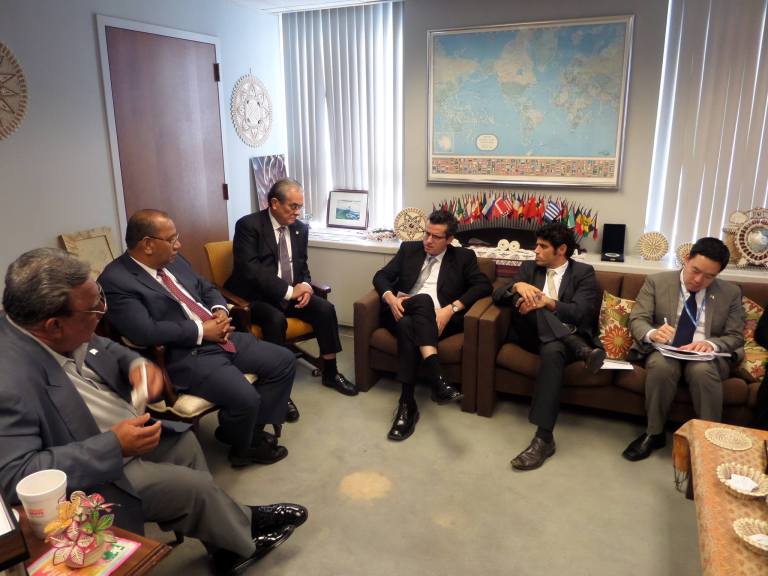 Behind the fanfare of the resumption of diplomatic relations between the US and Cuba lie decades of careful Swiss diplomacy. After Washington severed relations with Havana in 1961, Switzerland represented the interests of both countries under a diplomatic protocol known as a Protecting Power Mandate (PPM). PPMs allow for diplomatic formalities such as dealing with embassy property but can also be a backchannel for communication.

Switzerland first acted as a protecting power during the Franco-Prussian war of 1870, when it safeguarded the interests of the Kingdom of Bavaria and the Dukedom of Baden in France. During the Second World War, Switzerland represented the interests of as many as 35 states. In Budapest, diplomats such as Switzerland’s Carl Lutz and Sweden’s Raoul Wallenberg took the idea of the ppm to a new level. They saved the lives of tens of thousands of Hungarian Jews by issuing them with identity papers and declaring them to be under diplomatic protection.

“For Switzerland, being a protecting power is part of a responsible foreign policy,” says Stefan von Below, spokesman for the Swiss Foreign Ministry. US and Cuba opened Interest Sections in each other’s capitals in 1977. These were formally part of the Swiss embassies but each was staffed by US and Cuban nationals and operated independently as de facto embassies. Berne’s longstanding mandate for US and Cuba “contributed to rapprochement between the two countries”, says Von Below.

Switzerland’s work in Havana is finished but continues elsewhere. Berne represents America in Iran, and Russia and Georgia in each other’s capitals. It did not charge the US for its work in Havana as it was mostly formal but it does levy fees for services provided to the US in Tehran, where Switzerland carries out more comprehensive duties for American citizens, including consular services.

PPMs provide a “secure, discreet means of communication through a trusted interlocutor”, says Carne Ross, the founder of Independent Diplomat, a diplomatic advisory group. “Switzerland and to a lesser extent Sweden, and one or two others, have a long tradition of neutrality and are known as trusted and professional channels of diplomatic exchange. In sensitive dialogues such as the US-Cuba discussion before the resumption of formal relations, you want a messenger upon whom you can rely completely. Any miscommunication can have disastrous consequences.”

Ross, a former British diplomat at the UN, communicated with Iraqi officials at a time when the UK had no diplomatic relations with Iraq and before the 2003 American-led invasion. “When you are engaged in highly sensitive discussions you will do all you can to make sure that your message is as clear and unambiguous as possible,” says Ross. “I was incredibly careful with what I said to Iraqi diplomats, making my points repeatedly and as clearly as possible so as to avoid any possible misinterpretation. I was well aware that the NSA and GCHQ would know exactly what the Iraqis reported of what I said.”